This chemical has psychoactive properties and it is more concentrated in the seeds or flowers. THC activates the cannabinoid receptors in the brain and initiates a cellular chain reaction that leads to the feeling of “high” or euphoria.

Weed is used by being rolled into a stick known as a joint or a nail. It is then lit and smoked by the user. Other individuals mix weed into different food products or brew the leaves in order to make tea. Although marijuana is prescribed in certain medical conditions, majority of the individuals use this substance recreationally [1, 2, 3].

What is Weed Overdose?

Weed is one of the substances that is often abused for recreation. Legalization in the use of weed in some states in America make it accessible for everyone who wants to get high. If an individual smokes a lot of weed, he may experience symptoms associated with weed overdose [1, 2]. 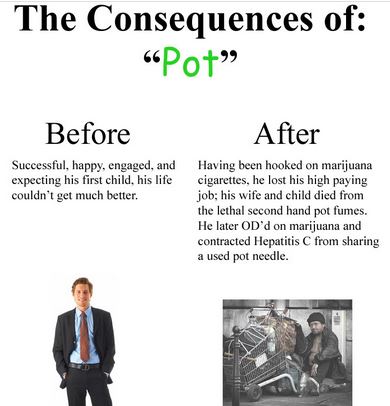 How much is Weed Overdose?

The overdose in weed is caused by the amount of THC in the joint the individual is smoking. The amount of weed an individual can smoke depend on several factors.

These factors include history of previous weed use, the tolerance of the individual to THC and the height and weight of the user. If weed is used along with other drugs, the effect of weed is intensified [1, 2, 3, 4].

What are Weed Overdose symptoms?

Although an overdose in weed is not known to cause death, it may lead to permanent mental impairment and the feeling of distress. The individual will manifest disconnection of reality, feeling of paranoia and having hallucinations.

Weed overdose has a different effect to teenagers. It may cause an early onset of schizophrenia especially those who have a familial history of such condition. Physical symptoms may include fast and irregular heart rate, feeling of sleepiness and clumsiness, low blood pressure, dizziness and having dry mouth.

The patient is usually not aware of the overdose symptoms. Other symptoms that may be present include difficulty in breathing, dilated pupils, vomiting and nausea [1, 2, 3, 4, 5].

What is Weed Overdose management?

It is essential to call emergency services if a person is suspected of having a weed overdose. It may not be safe to approach these individuals because they may cause harm due to their feeling of paranoia. Once the patient reaches the hospital, the priority is to stabilized the condition of the patient.

The symptoms that have manifested are managed through the use of medications. Once the condition has been managed, the patient may be put through a detoxification and rehabilitation program. Medical and psychological support will be given to the patient to ensure that they will cease from using weed [1, 2, 3, 4, 5].

How to prevent Weed Overdose?

The most effective way to prevent the occurrence of weed overdose is to not use the substance at all. Education must be provided to at risk individuals, such as teenagers, about the dangers of weed to deter them from using.

On the other hand, those who are known to abuse or dependent on weed must undergo detoxification and rehabilitation program. Support from their family and peers is essential to prevent them from relapsing [1, 2, 3, 4, 5].

The use of weed is very rampant and because of this, a lot of people are at risk for overdosing. If you have more information about the overdose on weed, you can share it to others by posting it in the comment section below.

One thought on “Weed Overdose”