In an accidental drug overdose, an individual unintentionally takes too much of a drug. This can lead to a multitude of symptoms or even death depending on the drug the patient overdosed on [1, 2].

What is Accidental Drug Overdose?

Accidental drug overdose occurs when an individual mistakenly take in more than the prescribed dosage of a drug. Every drug, prescribed or illegal, has their own safety window. It indicates the dosage a drug can be taken to achieve its intended effect. 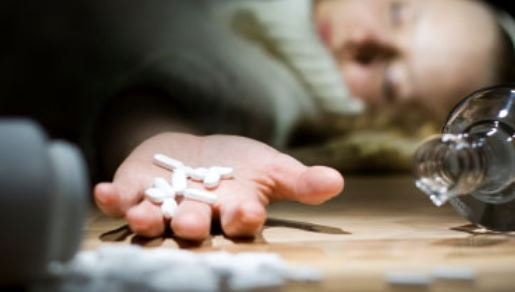 Taking a drug greater than its safe level will lead to toxicity. When a drug is in its toxic level in the body, its intended effect will be intensified and the side effects are more distinct. It may cause severe medical problems and it can even be fatal to the patient. The usual drugs that people overdosed on are opioid prescription pain relievers, heroin, cocaine and benzodiazepines [1, 2, 3].

What are Accidental Drug Overdose Statistics?

Who are at risk for Accidental Drug Overdose?

Children, especially those who are younger than 5 years of age, are at risk for this because they put everything in their mouth. The occurrence in this age group is usually due to a medication that is left unattended [1, 3].

A person who use abuse medications is also at risk due to their continued use of the medication. Their body slowly build up tolerance to the drug and they may need to increase the dosage that they take in order to achieve their desired effect. The risk further increases if they use several medications or if they take alcohol along with the drug [1, 3].

What are Accidental Drug Overdose Symptoms?

The symptoms exhibited by patients who overdose on drugs depend on the drug and it may damage organs such as the kidney and liver. The pulse rate, blood pressure and respiratory rate may decrease, increase or may be completely absent.

Chest pain may occur as a result of damage to the lungs or heart. Alteration in the level of consciousness may occur or they may fall into coma. This change can be life-threatening because the patient can aspirate in their own vomit. Other symptoms that may occur are nausea, vomiting, abdominal pain and diarrhea [1, 2, 3].

What is Accidental Drug Overdose Treatment?

Those who have ingested the medications maybe given activated charcoal. This substance absorbs the drug in the digestive tract. The drug may be forced out of the body through induced vomiting or pumping of the stomach. If the drug the patient took is known, an antidote may be given to reverse the effect of the drug [1, 2, 3].

What is Accidental Drug Overdose Prevention?

The way to prevent accidental drug overdose in children is to keep medications out of their reach. The use of child-proof containers will ensure that they won’t be opened easily [1, 3].

Prescription medications should only be taken according to the direction of the physician. Those who take medications should not combine any other drugs without an advice from a physician. Alcohol should not be taken while a person is under medication. Those who abuse drugs should undergo detoxification and withdrawal therapy. The best way to for them to prevent on overdosing on drugs is to avoid taking them [1, 3].